A recent study conducted in the United Kingdom shows that people who experienced a series of recurring depression during their adulthood is susceptible to memory problem when they aged.

It is well known that poor mental state can lead to various health issues which can greatly affect the individual’s memory. A prime example of this is the study of the Journal Cognition and Emotion which was published last 2016.

They found out that people with dysphoria, a condition of uneasiness or dissatisfaction in life, suffer from poor memory compared to other people who don’t have any mental issues. Another batch of researchers from the University of Sussex in Brighton, U.K. found that there are links between the mental health issues that occurred during adulthood and memory problem once they reached the age of 50.

According to the author of the study, Darya Gaysina, “the more episodes of depression people experience in their adulthood, the higher risk of cognitive impairment they have later in life.” She also added that “This finding highlights the importance of effective management of depression to prevent the development of recurrent mental health problems with long-term negative outcomes.”

The findings from the British Journal of Psychiatry shows that the data gathered from 9,385 people in 1958 which was looked after the National Child Development Study (NCDS). This was the first study done that revealed the connection between cognitive and mental health status. 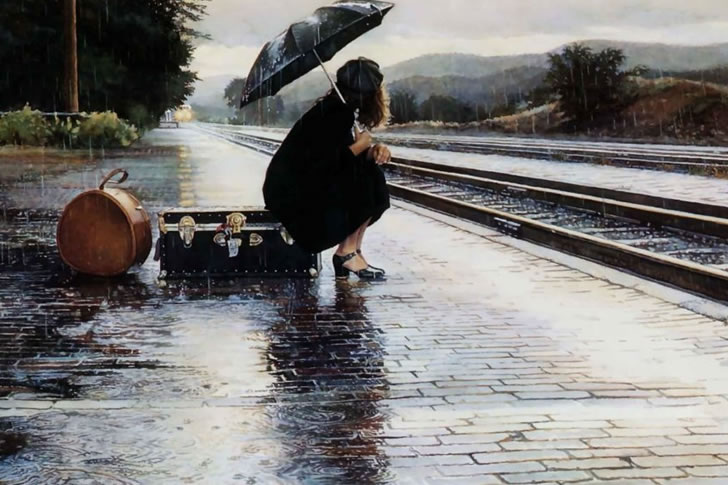 The NCDS conducted the study for almost six decades. Gathering details and useful information about the participants during the ages of 7, 11, 16, 23, 33, 42, 44, 46, 50, and 55 years. Participants who exhibited symptoms during the age of 23 up until 42 years agreed to undergone memory and other cognitive function tests when they reached 50 years old.

Gaysina and her group of researchers checked how frequent these people experienced any mental health symptoms. They are also looking for the results of the tests when these people reached the age when they will have their cognitive and memory tests. The tests do not only cover memory, but it also looks for the participant’s verbal fluency, information processing speed, and accuracy.

Interestingly enough, the study revealed that “accumulation of affective symptoms across three decades of adulthood (from age 23 to age 50) was associated with poorer cognitive function in midlife.” This later explained that repeated exposure to anxiety and negative mental state during their early life can lead to poor cognitive function when they reached their 50s.

Due to the number of participants, the researchers are confident that the numbers they have don’t lie. On the other hand, they also know that the result also has its limitations.

One of these is the fact that participants only took the assessments once and this was done when they reached 50. With that in mind, they weren’t able to uncover the progress that happened before the participants reached 50 years old. This brought a limited factor which can be brought by more recent assessment.

Nonetheless, the researchers from the University of Sussex is confident that the findings that they discovered should bring awareness to our society that mental state issues should not be our last priority when it comes to dealing with our overall health.

John added that “With the publication of this research, we’re calling for the government to invest in mental health provision to help stem the risk of repeated episodes of depression and anxiety.”

“From an individual’s perspective,” She reiterated that “this research should be a wake-up call to do what you can to protect your mental health, such as maintaining strong relationships with friends and family, taking up physical exercise, or practicing mindfulness meditation — all of which have been shown to boost mental health.”

The last piece of advice these researchers provided was taking care of our mental health more seriously. “Seeing your [doctor] for advice if you feel you need help with depression or anxiety.”